A gallery of images of Imhotep. 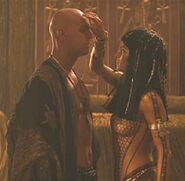 Imhotep and Anck-Su-Namun alone together. 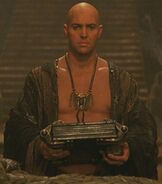 Imhotep holding the Book of the Dead. 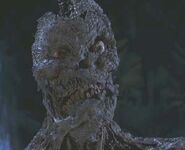 Imhotep awakening from the dead after 3,000 years.

Imhotep preparing to use Evelyn Carnahan as a sacrifice in a ritual.

Imhotep upon being stabbed mortally.
Add a photo to this gallery

Imhotep upon being restored to life, orders his minions.

Imhotep stands before Rick O'Connell to fight the Scorpion King.

Imhotep tearfully about to let go of the ledge he holds onto.
Add a photo to this gallery
Retrieved from "https://mummy.fandom.com/wiki/Gallery_of_Imhotep_images?oldid=17502"
Community content is available under CC-BY-SA unless otherwise noted.